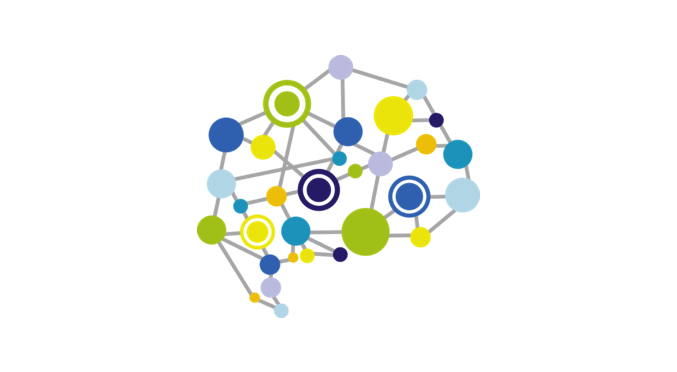 An important concept proposed in the BRAIN-IoT project is the introduction of a set of modelling tools allowing the description, verification and analysis of the different components and subsystems constituting the BRAIN-IoT architecture.

The main goals of this approach are the following:

In order to reach these goals, BRAIN-IoT proposes to design, in WP3, a Modelling Framework as shown in Figure 1. 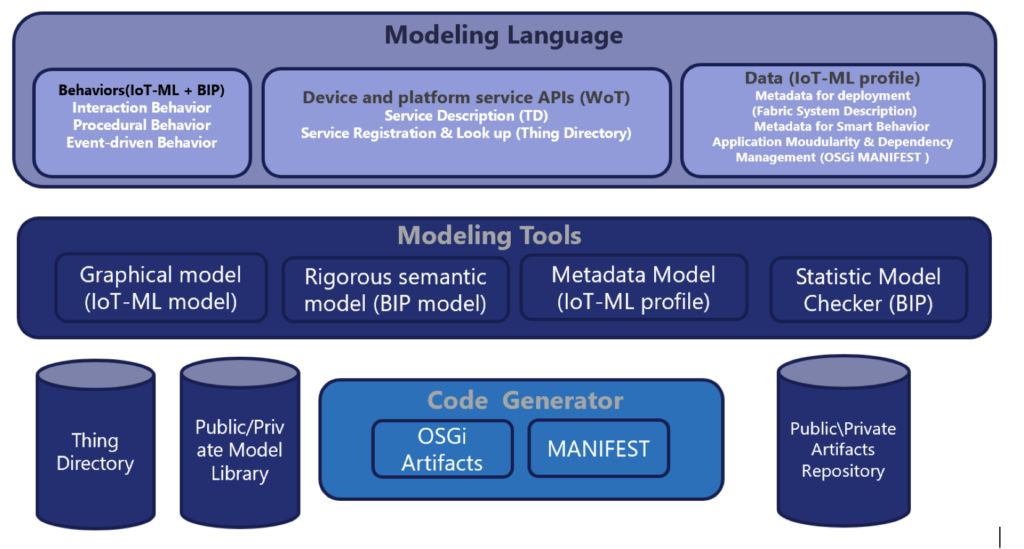 The modeling language is used to represent the behaviour model, device and IoT platforms service APIs, and Data model.  The modeling tool should support the modeling language to develop graphical model representation, then the graphical model will be transferred to the rigorous semantic to do some statistical modeling checking before generating the code. Then the java code will be generated by using the java code generator, and it will be built as OSGi bundles including the OSGi MANIFEST.  Finally, the OSGi bundles will be released in the artifacts repository.

The design flow based on the integration Papyrus, sensiNact, and BIP tools available in the CEA and UGA laboratories.

These tools will be mainly used in the different design phases, including verification and analysis. This Paragraph gives a high-level view on the planned integration of tools related to IoT-ML in the project and a preliminary timeline for its realization.

IoT-ML is a UML profile. It implements the IoT-A reference architecture for common concepts in IoT systems. This IoT-ML profile contains stereotypes that extend UML meta-classes, giving them new syntax and semantics. Indeed, IoT-ML has stereotypes that inherits the properties of OMG-standard MARTE 1.1 stereotypes for real-time embedded system modelling and the properties of OMG-standard SysML 1.4 stereotypes for system and requirements modelling. Moreover, the profile fosters the construction of models that may be used to make quantitative predictions considering IoT characteristics. The difference with standard MARTE is that IoT-ML adds new concepts that have evolved in embedded systems since the foundation of MARTE. Therefore, IoT-ML will become MARTE 2.0 and the standardization process will take place at the OMG.

To model and design a desired IoT system, the IoT-ML allows to portray it using different views e.g.:

In the context of BRAIN-IoT, the IoT-ML models are made in the Papyrus modeler tool. These models will be used to generate metadata for the modeled IoT services, either in WoT Thing Descriptions (as JSON-LD files) or OSGi bundle descriptors (MANIFEST.MF files). Generation will be implemented in Papyrus.

The models will also be used for code generation and analysis, through a bridge to the BIP framework (see next paragraph).

In the framework of BRAIN-IoT, the operational semantics of the IoT-ML models is intended to be captured in BIP language, through a model-to-model transformation.  By doing so, the transformed BIP model can be checked by simulation using the BIP Compiler and Engines. The BIP compiler allows generating C++ simulation code, while the BIP engine orchestrates the execution of the generated code.  Simulation can be moreover combined with statistical model checking (SMC). Models subject to SMC analysis are described in the stochastic BIP language.

In order to represent the model of the system in BIP (see Figure 2), two levels of representation of abstraction levels are planned.   Actually, the abstraction level depends on the level of details that the designers want to observe on the system/ building block under development:

In addition to analysis, the BIP framework is also intended to generate Java code for specific components in the functional view (see Figure.2). For example, a monitoring service for the home temperature is automatically generated except the Things part which is wrapped as an OSGi bundle and plugged in the PAREMUS Service Fabric. These bundles interact with external service fabric using sensiNact bridges. Moreover, actuation and data and data gathering (to/from things respectively) are enabled through those bridges.

It should be noted that the Things are only modeled because in the frame of BRAIN-IoT no new things will be designed, they are available on the shelf. 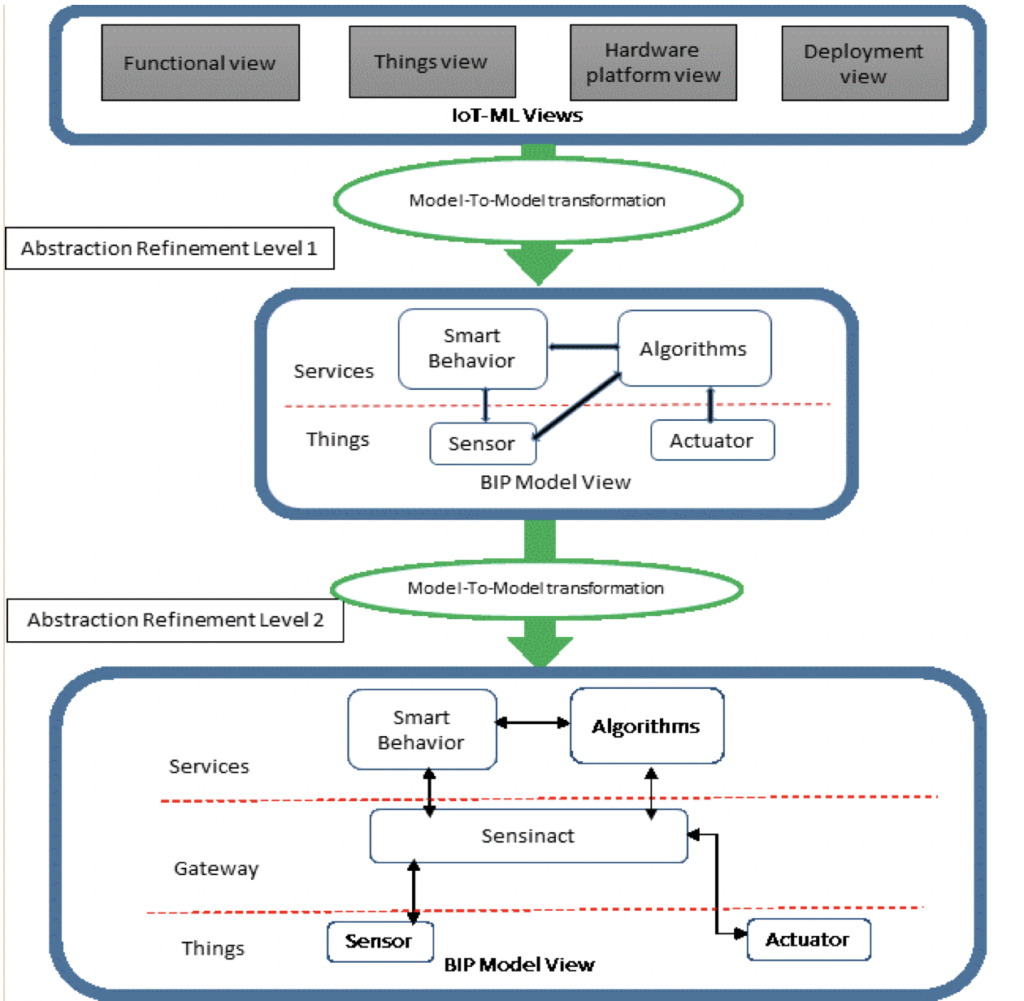